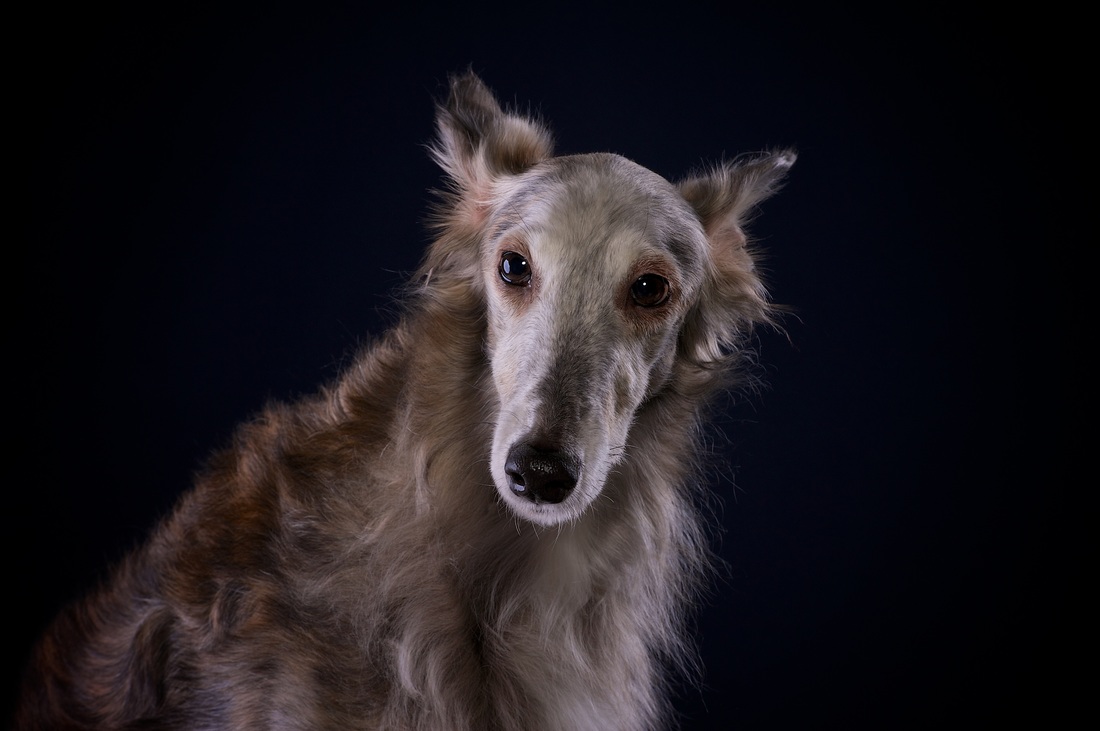 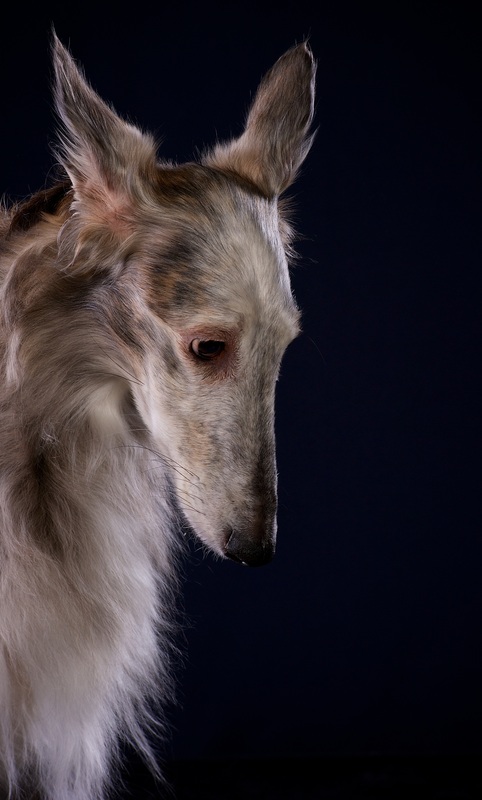 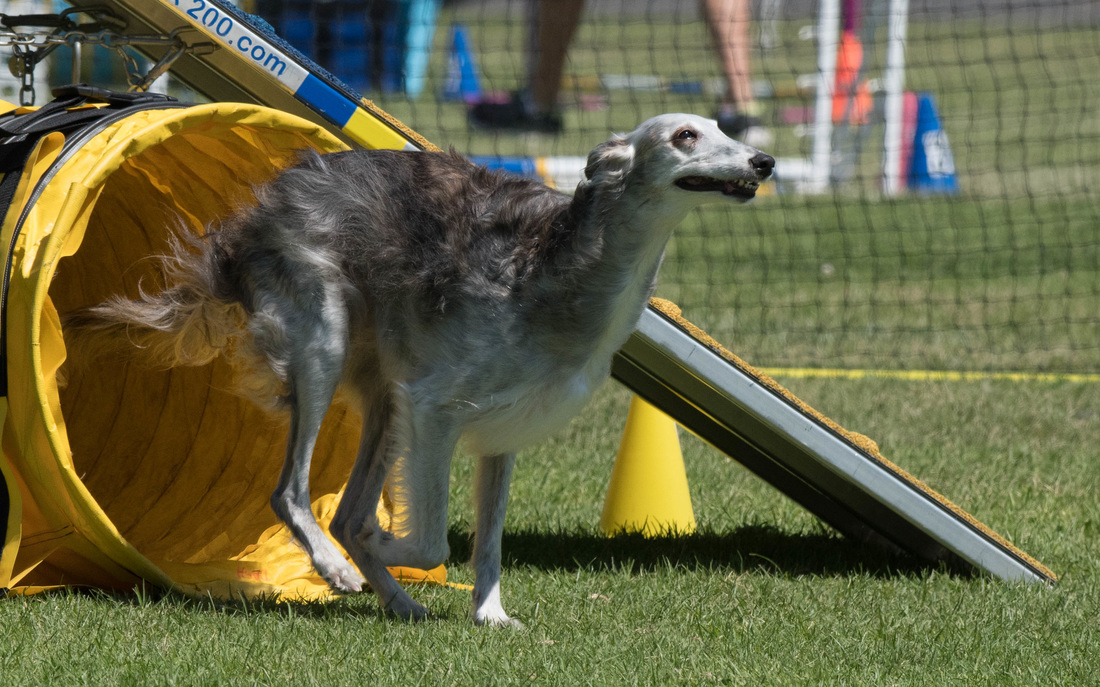 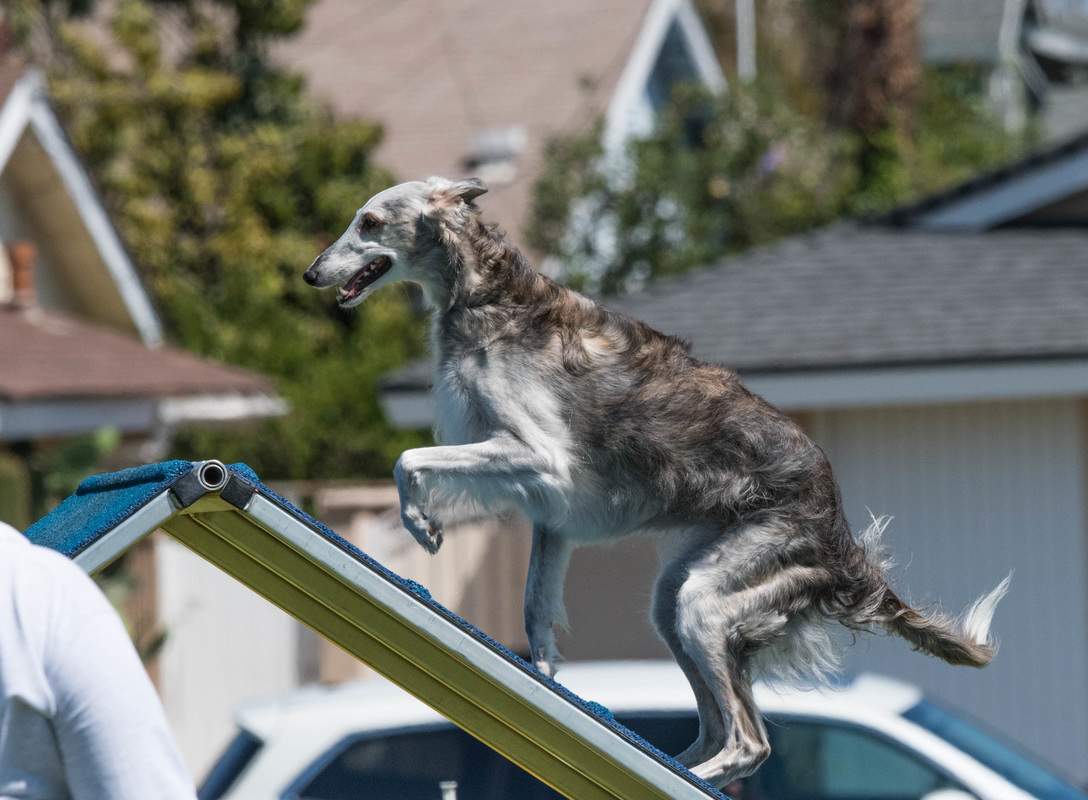 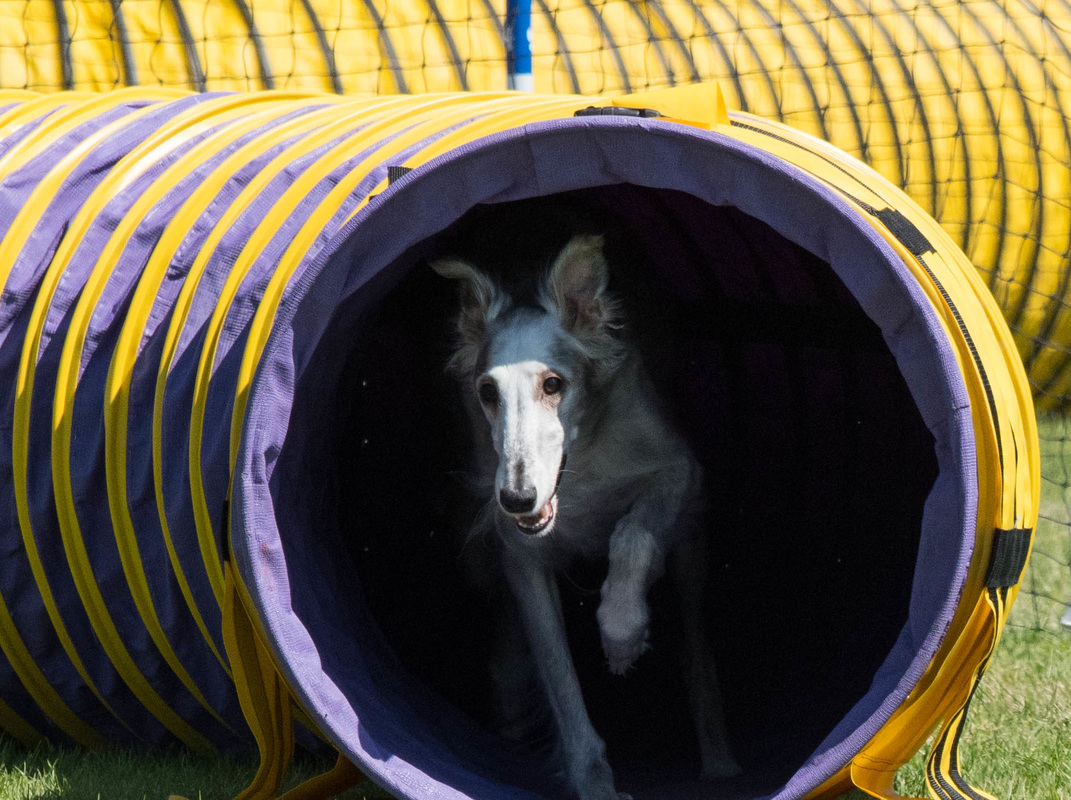 All Agility Photos by Kathleen Kiely. 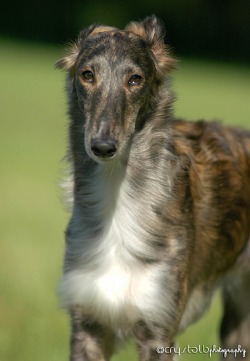 Azure at 12 months.......Photo by CrystalB Photography
Azure started her life with seven brothers on Kristull Ranch in Bowling Green, KY.

She was our very first Silken Windhound.  She was an only dog-child for three months
before Dior and Sahara joined our pack.

Azure is very versatile and likes to do many activities such as Agility, Lure Coursing,
Obedience, Rally-O and Straight Racing.

Azure started lure coursing on April 11, 2010 (at one year) and attained her
Intermediate Courser title 5 weeks later.  She has enjoyed the lure since her first
practice at NW Fest 2009 held at Allagante Silkens.

Azure likes to play chase, cuddle, hog all the toys, bask in the sun and is the self-
designated fun police.  She does not like skateboards, scooters, or for our turtles to
move.  She will go out and watch the turtles very carefully and bark them back into
the water.

She promptly tucks herself into bed no later than 9:00 P.M.


Azure is a sweetheart who brings us joy everyday.

Azure entered her Rally Novice title on March 13, 2011.  She took first place in the Novice A  class.  She is the first Silken Windhound to be titled in Rally-Obedience.  She earned her first two legs in Rally Advanced April 2 & 3, 2011 and earned her first leg in Obedience on April 2, 2011.  Azure earned her third leg in Rally Advanced and earned her title (RA) on April 8, 2012. She became the second Silken to do so, Sahara beating her by about 5 minutes since she was in the ring before Azure.  Azure placed 3rd overall and Sahara was fourth. 09/30/12. Azure became the first Silken to earn a qualifying leg in Rally Excellent and earned 1st place.  She has since earned another leg and needs one more to earn her Rally Excellent.

Azure went Reserve Winners Bitch at back to back shows in the Pacific Northwest's Silken Celebration June 25th, 2011!

AZURE BECAME ONLY THE 6TH SILKEN TO EARN THE ISWS EXPERT COURSER TITLE at the Silken Celebration on 08/27/2012!  An Expert Courser is earned after earning the Intermediate Courser, the dog must have at least 1/2 the score in 50 courses.  Those 50 start over after the IC is earned.

Earned a Reserve Best In Show at the ARBA shows on September 7, 2013!

After not trialing for 3 years, Azure earned her 3rd leg in Excellent on June 11, 2016 to become the third Silken to earn a Rally Excellent title!!!

Azure earned her first agility title in September of 2016!  Regular agility and took first place in her class. 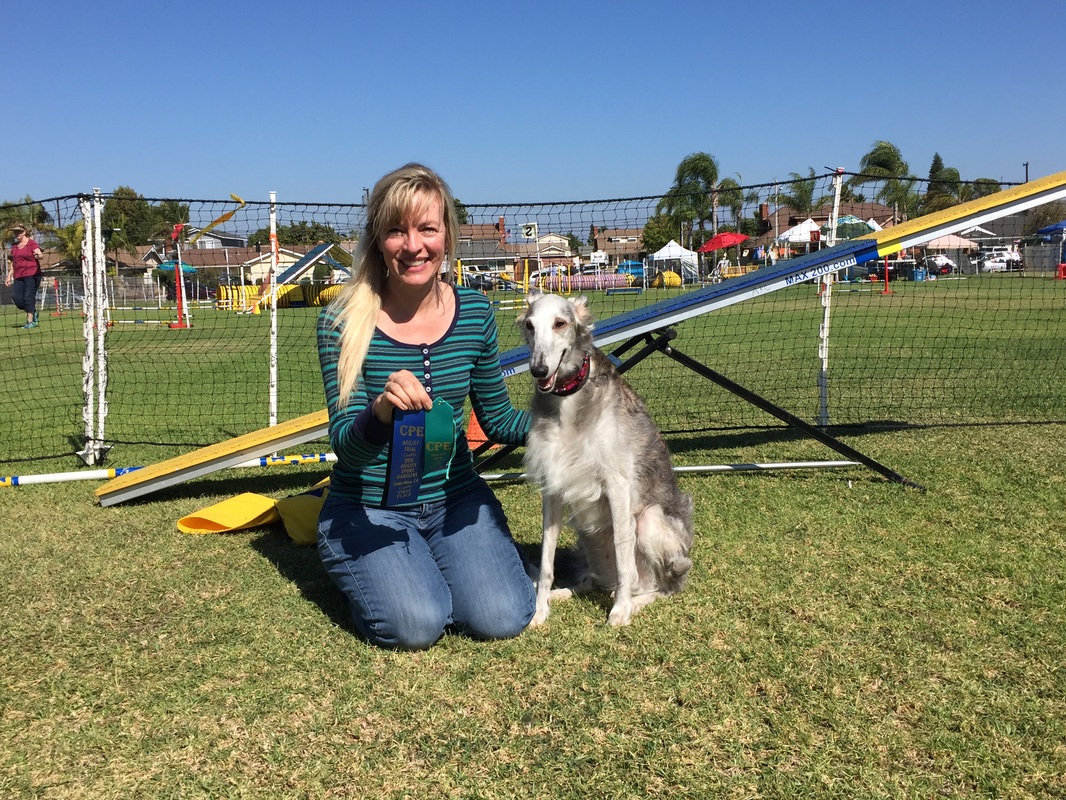 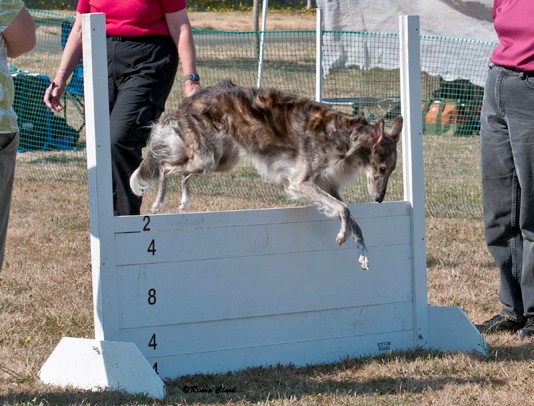 Azure performing the re-call over the jump in UKC Novice Obedience. 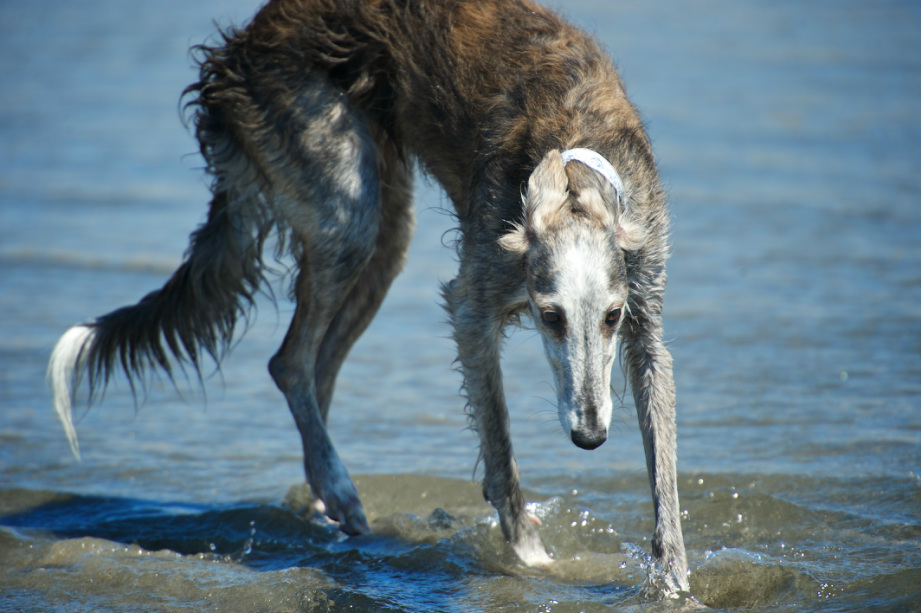 Azure with paws in the surf by Melanie of Fly Dog Photography. 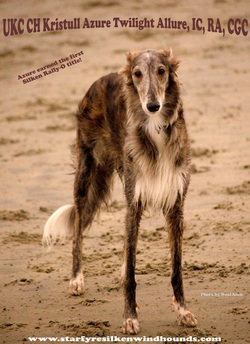 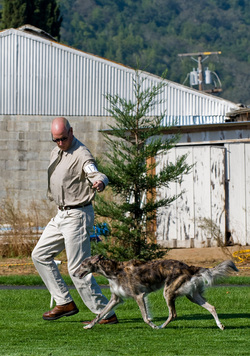 Showing in Open Bitches at 2011 Western Regional. Photo by J. Bagby.
Azure also has a qualifying run in Novice Jumpers Agility.  We have
entered both her and Sahara in trials but with our busy schedules
have decided to emphasize obedience and rally first and then we'll
concentrate on agility. In agility they need to be able to work on both
sides and not in heel position.

Azure became a UKC Conformation Champion in February of 2012!

She has one leg earned towards her UKC Grand Championship. 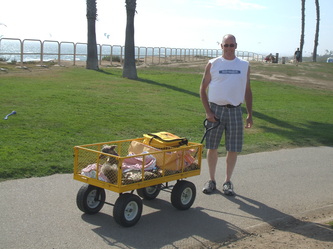 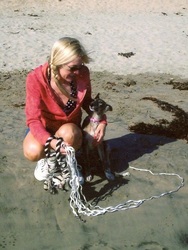 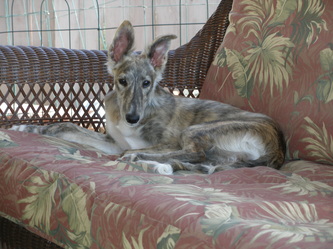 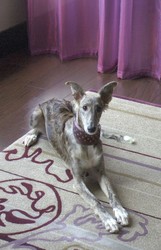 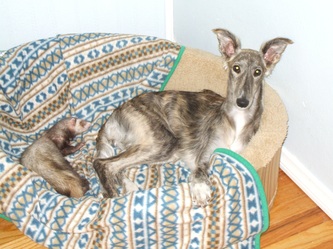 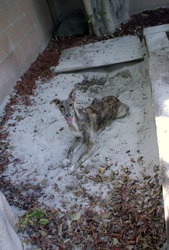 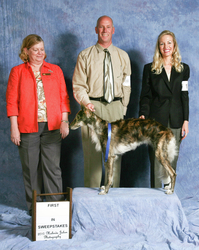 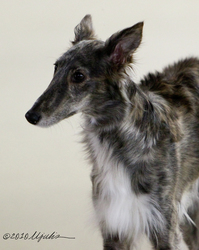 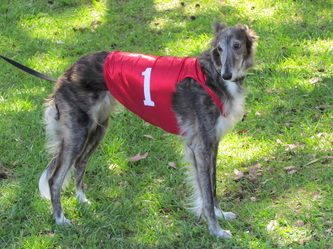 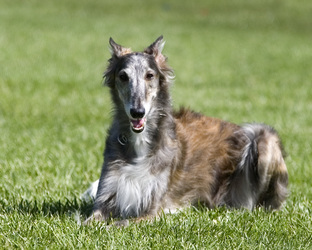 Above top row:  Azure being chauferred to the dog beach and on a beach playdate (photo by Susan Ferrero).  2nd row:  Azure lounging at 3 months and at the 9's in Portland at 4 months. 3rd row:  Azure & Sparky (There's a ferret in my bed! Again!) and Azure in her digging pit.  4th row:  Azure with Judge Karen Arends at Silkenfest (Sweepstakes) 2010 (by Malinda Julien) and with her Rally title ribbons.  5th row:  Azure pictured in her racing finery.  UKC Obedience Honor Long Down at Hidden Valley Spring 2012 by Peggy Mundell.  Unless otherwise noted - photos by J. Hicks. 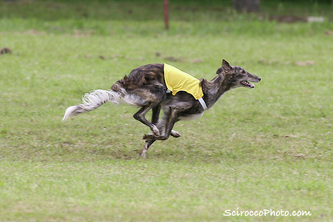 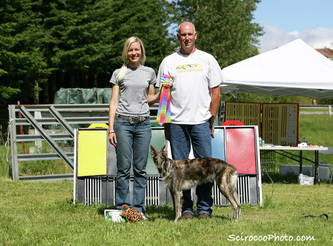 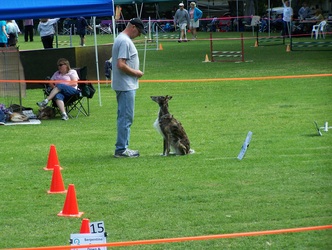 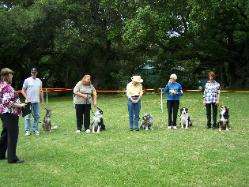 Above:  Azure lure coursing at 2010 NWSWS NW Regional Specialty and winning the coveted Turtle Award!  Photos compliments of Rick Steele of Scirocco Photo.
The Rally Photo is from April's trial taken by Barbara from the High Desert Club. 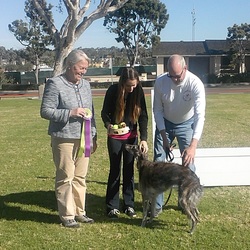 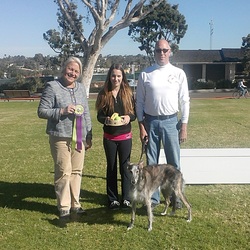